When I was stripping wallpaper back in May, I discovered that the plaster walls in the master bedroom were pretty well intact, I really loved the subtle grey-toned colour and the wallpaper was very willing to come off and be disposed of. Just as well, because it was ‘not to my taste’!! One thing I did find though was that there had been an alteration made to the rear wall at some point. A door had been put in and then taken out – and made good rather badly. So I had this scarred surface very clearly visible in my bedroom and it was even more obvious after the decorators had sanded it back and filled the worst of it.

In the back of my mind I was thinking I could play around with some paint and see if I could disguise it at all.

Because the rewiring still has to be done in that part of the house, I didn’t want to go as far as getting the room fully redecorated. And because of that, I’m reconciled to the idea that I may not be able to keep the plaster walls, it’ll depend on how much making good needs to be done after the re-wiring happens. So this idea of disguising the worst of the imperfections has been simmering away and I woke up on Saturday deciding that today was the day…

First things first these walls look grey, don’t they? I thought I’d analysed the colour quite carefully, I could definitely see tiny particles of red oxide and burnt umber, but the overall impression was grey. A stone grey, so earthy toned, but a grey none-the-less. They so aren’t!! My grey whites – and I have so many tester pots I thought this’d be the easy part – were all way too sooty, or blue/green. So I added a grey-pink, too purple. Then I got out the colour charts and did a proper assessment and the overwhelming result was that the walls are almost apricot in tone! I was totally off beam with this… Suddenly you understand how tiny particles of seemingly unrelated colour contribute to the shade one can see – and grey is the most deceptive of all!.

A quick trip to the decorators merchants and I had a supply of colours delighting in the names of Clay, Portland Stone, Roman Plaster, Julie’s Dreams and Hollyhock. (https://www.littlegreene.com)

I started with the mid tones of Portland Stone – a grubby, sludge beige and Clay an ochre, yellow beige. These were my base. I cut a bath sponge into pieces about 3cm square and I sponged the colours on and mottled them together. Them I did the same with Julie’s Dreams, but leaving areas where it was much lighter in tone so that the effect was more open and then stippled in the Roman Plaster – a red oxide, to add depth and help it blend with the walls. Over this I stippled Hollyhock, a soft white.

I really had to work at this. If an area was too uniformly one colour, it looked flat and not at all like the walls surrounding it, if I overdid the blending it looked cloud-like. 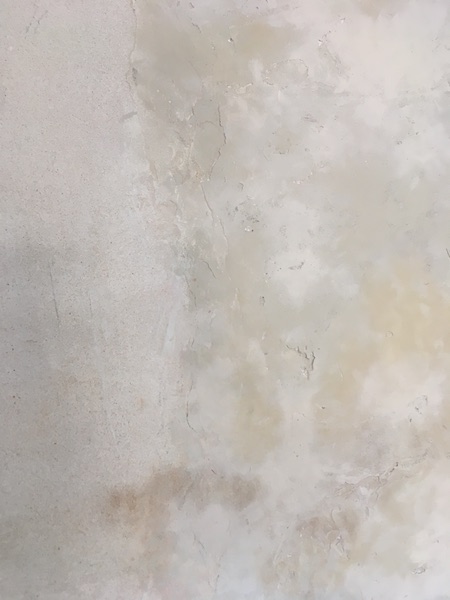 In the end the layering of colour was totally random and it’s really just a happy accident that it looks the way it does! What I did discover when I repaired some other areas where there were patches of plaster (the chimney breast wall, which is now partially obscured by my wardrobe and some repairs around the door frame) is that I had made it much more difficult for myself with having used the grey paints before I assessed what colours I actually needed!

The pink plaster was much easier to disguise than the grey paint I had already used. Hmmm. So the paint effect on the exposed pink plaster was much quicker to achieve and looks much closer to the surrounding walls. When the wardrobe is pulled out at some stage I will do all of the area where the fireplace was removed and hopefully remember this!!

What I have now decided is that if the bedroom does have to be re-plastered in areas after the re-wiring is done, I don’t have to necessarily get rid of my plaster walls. I’m happy enough with my paint patching that I could do this again if required. Best buy more paint then… 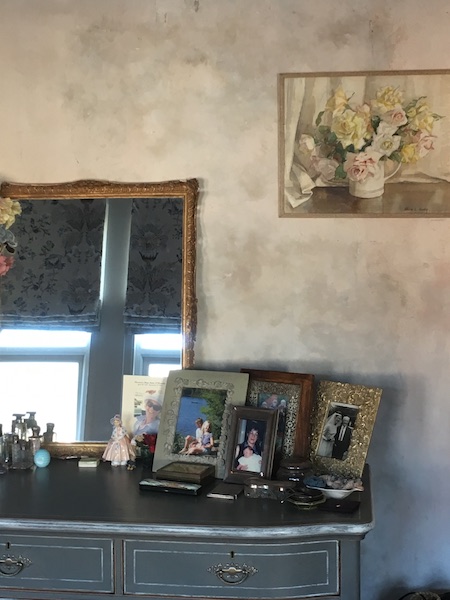 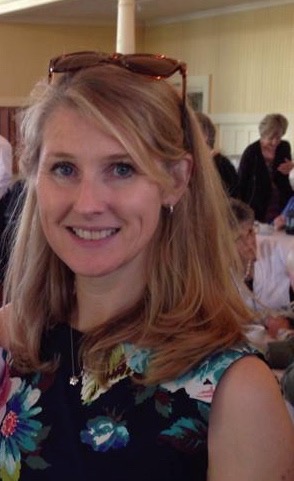