For those of you who get my Facebook feed, you’ll know I had a holiday in Italy earlier this summer. Verona, to be precise and it was wonderful – I already want to go again. We visited Venice too and although I posted a few pictures I didn’t tell you the whole story – about how shocked I was to see how run down the city is, about how heartbroken I felt to see this gem crumbling before my eyes. I was last there 25 years ago and it has held a special place in my heart ever since. So much so that I wanted to go there for my birthday last year – I’m so pleased I didn’t, it would have ruined my day.

We’ve all heard the stories about ‘how Venice is sinking’ and yes it is, a couple of millimetres per year. But that isn’t what I’m talking about. I’m talking about the buildings crumbling from the rooftops down.

Plaster falling off walls, lintels cracking and exposed brickwork being left to the punishment of the elements. We all know how harsh sea air can be – salt water carried at high speed by gale force winds will have the same effect as a jet wash or a water canon. This is a city at risk from the elements but rising tides aren’t the only story, the neglect in areas that don’t face the sea is almost more pronounced. 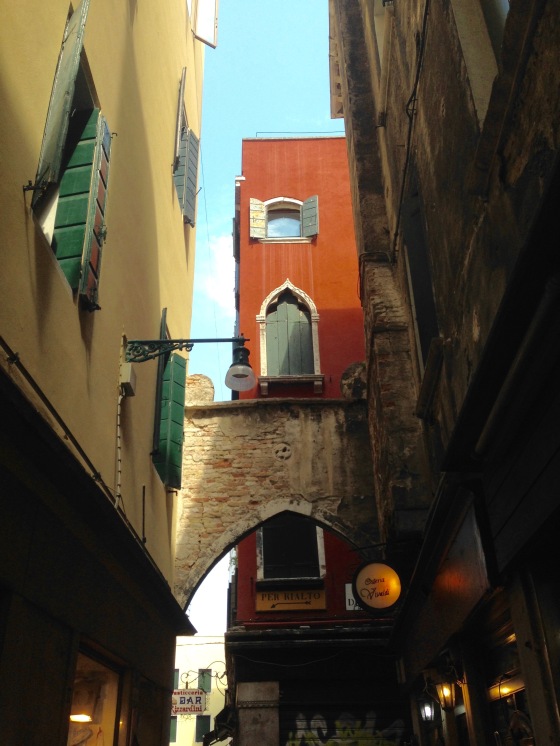 And where are the people? Where are the homeowners, the live blood of the city? Is it all just for tourists? My heart breaks; how can this wonderful, charming, seductive city have become a ghost town? Our hosts in Verona asked how we had enjoyed our day in Venice and I blurted out how shocked I was. Their reply, though understandable, doesn’t make it right: the taxes are so high no-one can afford to live there, the people who do buy homes there only come for holidays and do nothing to maintain the building the rest of the year, the politicians can’t agree on which action to take and because they want to be popular with the voters, they choose to do nothing, the city is so full of tourists that to get any work done is difficult because everything has to come in and out by barge – and it costs too much, so it becomes mired in apathy. And the clincher, Italy has so many World Heritage Sites that all need to be maintained, how can you choose which ones get the money? Oh my God. There was nothing I could say.

I spoke to another Italian friend who lives in England and he was of the opinion that in true Italian fashion, the minute it looks like Venice will fall into to the sea, it will be saved. A bit of drama and a bit of attention, whipped up to a frenzy and it’ll all be fixed. But why does it have to get to that stage before anything will be done? The tourist areas in Venice are hell, congestion has a totally different meaning there, the alleys leading to the main Piazzas are so crowded, you’re literally queuing to get into the squares, there are bins of overflowing rubbish and the canals can be smelly, drainage is obviously an issue. And don’t even try to use the mapping on your phone – too many people, too many buildings. But these areas – San Marco, La Fenice do get funding and have been restored beautifully. At the moment the Rialto Bridge is undergoing a facelift of the most comprehensive kind. But it’s not enough, for a city to have a soul – and to be cared for – people need to live there. Their identity and lifestyle need to resonate with the tempo of their community. Without that neglect happens, decay sets in, apathy becomes a state of mind and history is allowed to crumble – just fall into the sea. 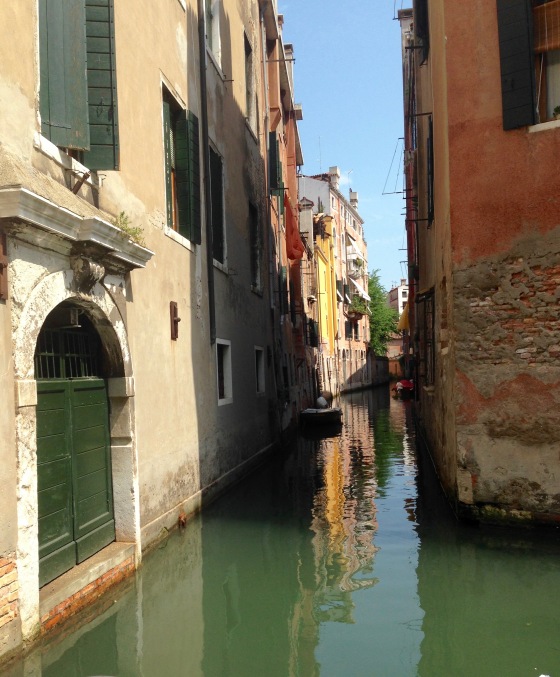 I’ve done a bit of reading since I got home and there have been huge building programmes to create sea defences that will control the winter tides following the same principles as the Thames barriers. It was all supposed to go live last year – but then the Chief Executive was found to have his fingers in the pot and was prosecuted. The programme came to a halt and I don’t know if it was ever finished. As the article says, at a cost of 5.4bn Euros, it has to be finished!

But what about the architecture? If the foundations can be saved with the sea defences – when they actually do get finished – who is going to give the residential buildings of the city a second chance? Who is going to encourage inhabitants to come back and make their homes in Venice once again? It isn’t a theme park but unless the tides turn, Venice runs the risk of being shut permanently and not just for the winter. 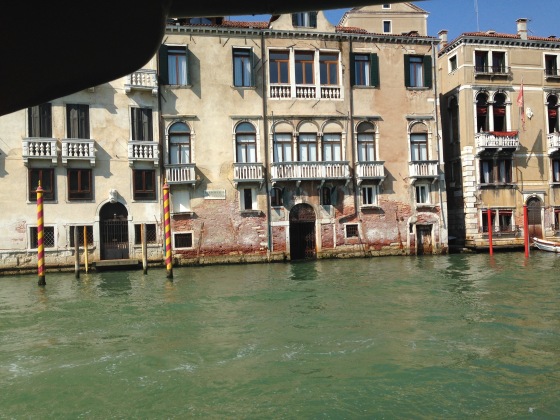